I grew up on a little farm in the great state of Ohio, USA. Farming, fishing, hunting and being outside were what fueled me. As I got older, it was snowboarding and a desire to travel the world.

My senior year of high school, I recall getting a copy of Snowboarder Magazine and the cover was so impressive I cut it out and hung it on my wall. A guy named Nicolas Müller was the Rider of the Year, there was an article covering the Torino Winter Olympics to come, and a shot of Nicolas snowboarding off a building somewhere in Japan. It was a dream. A long shot idea in February of 2006.

I buried that dream deep into my identity. In college, I picked up a job at a little ski resort outside of Cleveland, I was president of the ski team, and when I graduated from The Ohio State University, I loaded my Subaru Forester to the gills and headed westward to the mountains.

From Utah to Tahoe, then to PyeongChang and back. I told myself, ”Japow by thirty”’, and after achieving my goal of writing a book and celebrating my 30th, it was time to see what all the hype was about.

I gathered a few of my close friends from the Ohio State Ski Team and convinced them to join me for a “Japanuary” vacation, followed by a flight north to the 2018 Winter Olympic Games to PyeongChang. Before the trip, I recall a friend of mine asking what my next project was going to be and I drew a blank. He smirked and told me I would find out along the way. Three days into my trip, I knew exactly where I would call home the following winter—Niseko, Japan.

日本 Japan, 北海道 Hokkaido, ニセコ Niseko: places that now mean home. Here—beneath the piles of snow, under the layers of winter clothes and hidden in the often-cryptic kanji—is a community, a family that feels familiar even though it’s foreign. Kutchan is a town rooted in farming, the Shiribetsu River flowing with richness and bringing life to the valley, Mt Niseko-Annupuri rising to one side as the iconic Mt Yotei demands attention to the other.

I see Niseko as a community of Japanese and foreigners alike, willing to welcome the world with open hands and share the joys of these great lands we call home. Similar to America, Niseko is a melting pot of cultures from around the world.

And, despite all of the assumed differences between Japan and America, I can’t help but see all of the similarities. Niseko can seem so foreign to me in one moment and yet so familiar to me the next. 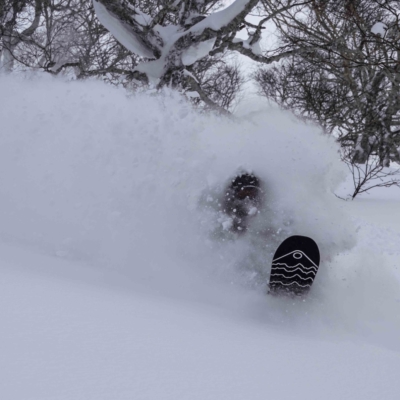 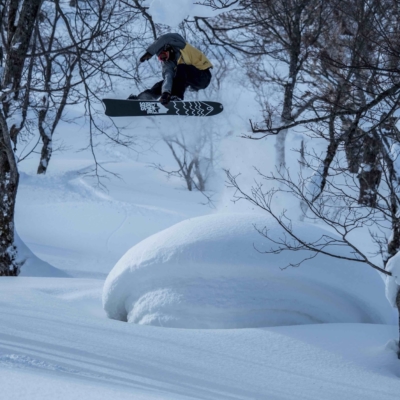 Having lived a solid portion of a decade in Utah and Lake Tahoe, California—Niseko belongs in the conversation of top-shelf international ski towns. I remember getting to Utah and seeing the slogan “Best Snow on Earth” on my newly-acquired license plate. A pro skier friend of mine used to laugh and say, “’Best Snow on Earth’ … unless you take a ski trip to Japan”. At the time, I didn’t understand where he was coming from. Japan was this unattainable dream, only reachable to professionals and the ultra-wealthy.

Quite a bit has changed in the time since I thought this way. I came to a realisation—just like me, Niseko is fueled by the powder days, rich with a culture of its own and open to inviting the rest of the world to join in on the fun. If you are willing to sit down and formulate a good plan, you too could find yourself on a life-changing journey around the world to Niseko.

Back to the Future

Remember that magazine cover I put on my wall as a senior in high school? Realising I can now read a little bit of kanji, I took a closer look and found the writing on the building said ‘Hokkaido’. I asked a colleague to help me read the remainder and show me it's location on a map. He strained to read it and and then dropped a pin on the map to me. The building was roughly a mile and a half (2.4km) away from my apartment here in Niseko.

I found myself swept with emotions as I realised my snowy American dream is now my Japanese reality.

Nick Hill has been living in Niseko for almost a year and is planning for many winters to come. He loves snowboarding, mountain trekking, Buckeye football, the Cleveland Indians/Browns/Cavaliers and is the author of his self-published book, The Road to PyeongChang: A Real Guide to the 2018 Winter Olympic Games.

This is an excerpt of an article that first appeared in the Winter 2019/20 Edition of the Experience Niseko Magazine.