As Executive Chef and Owner of one of Niseko’s undisputable gems, An Dining, Shinichi Maeda has developed a reputation for creating unique dishes and pioneering new Hokkaido flavours.

This winter, he and Bar Manager, Koki Nirei, turn their hand to something new altogether—Hokkaido’s first craft ginger beer.

Having spent 12 years living and working in Australia, where ginger beer was common, Shinichi returned to his native Hokkaido and was surprised to find that ginger beer was seemingly unavailable anywhere.

“I was 24 when I moved to Australia, and I got to a point where I thought, ‘This is normal, ginger beer is a thing, it must be everywhere’. Until I moved back to Japan five years ago and I was like… ‘Where’s ginger beer?’” he laughs.

He visited Kochi prefecture, famous for ginger farming and home to the best Japanese ginger, thinking surely someone is making ginger beer down there. “They make ginger ale. It’s different. No one is fermenting and brewing ginger beer.”

“There are three main reasons we are doing this. One, it’s one of my favourite things. Two, no one else is doing it. And three, it’s simply a good, healthy, quality product made from great Japanese produce,” Maeda adds.

In typical Shinichi-style, every effort has been made to ensure that the ingredients for the ginger beer are sourced as locally as possible.

“It’s 100% natural and 100% Japanese. We use chilli from Niseko, molasses (sugar syrup) from Hokkaido beets and cherry tree yeast from native Hokkaido cherry trees. At the moment, we use ginger from Kochi and lemon from Hiroshima.”

Maeda explains, “I am working with two nearby farms to source our ginger more locally and we are growing some in our own farm, too. At the moment, to get the product ready quickly for our guests to enjoy this season, we are using ginger from elsewhere in Japan.”

Using local lemons is tricky as Niseko’s cold winter climate is not conducive to growing evergreen lemon trees. “We have been experimenting a little with using Hokkaido seaberries instead of lemon to make it completely local. However, seaberries add a lot of cost to the production and I want to be able to price the ginger beer at a level which everyone can try,” Maeda adds. “Maybe one day we will add a seaberry ginger beer to a premium range.” 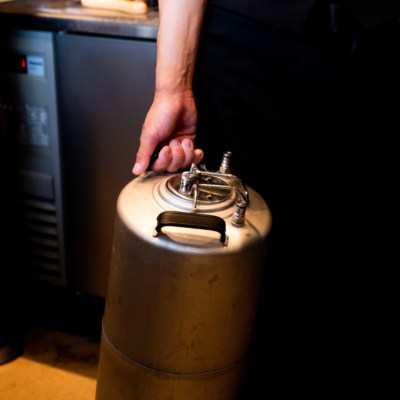 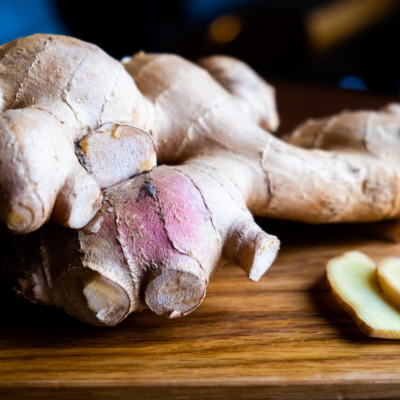 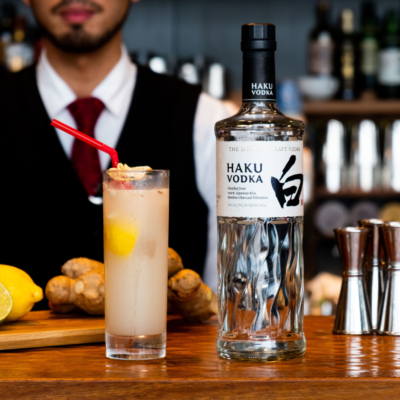 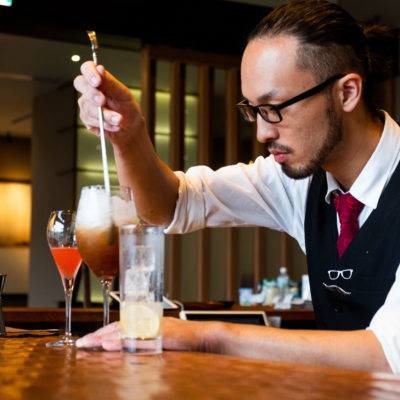 The brewing and fermenting process takes place in the kitchen at An Dining.

“We start by taking the skin off the ginger, chopping them up, then mixing with lemon juice, chillis, lemon peel and molasses before bringing to the boil,” Maeda explains. “We then let it rest before adding yeast and allowing the product to ferment for five days. We then strain it through a sieve to filter and boil again. This stops the fermentation process and burns off the alcohol. Then we add more molasses, run it through a paper filter before adding CO2 gas to give it some sparkle.”

Plans are in place to expand the brewing operation with  Shinichi dreaming about building his own brewery. “I’d like to build a factory and get a liquor production license so we can experiment with making alcoholic ginger beers and bottling our own for distribution. That’s three or four years off though as it’s a long process to obtain the license.”

For now, the product is available exclusively at An Dining, served draft, straight from the keg.

“We plan to include the ginger beer in our own signature cocktails. Dark and Stormys and Moscow Mules. We will also serve it as a welcome drink for customers, paired with a complimentary amuse-bouche. It’s the perfect type of refreshing drink to have before a big delicious meal.”

Maeda and the rest of the An Dining team get great satisfaction from serving guests products which they’ve literally been hands-on in making. “Everyone in the team has a greater appreciation for what we serve when they are involved in it more closely,” he explains. “Giving my team exposure to the farming process and an appreciation of how hard it is to grow one vegetable, to harvest one vegetable, wash it, look after it and so on, means simply, we put less to waste. That means a lot to me.”

So, what is next for Niseko’s trailblazer of tastes?

“I want to make a tonic water. Hokkaido gins are up and coming in popularity and are so good. Benizakura Gin, from Sapporo, launched last year. A Niseko gin is on its way. As is a Shakotan gin. There’s an opportunity to create a Hokkaido tonic which pairs with Hokkaido gin,” Maeda concludes.

Try the new ginger beer at An Dining at Ki Niseko.

This article first appeared in the Winter 2019/20 Edition of the Experience Niseko Magazine.