Find out who won the Niseko Rail Jam from this past weekend and check out some highlights from the event which drew over 1000 spectators!

It was a bit chilly as the sky darkened and the Niseko Rail Jam kicked off, but we were lucky that it was clear skies all night. The first few runs were greeted by quiet cheers and scattered applause, but within twenty minutes of the event starting, the crowd had more than doubled. The evening atmosphere constantly grew until there was a constant buzz of excitement as contestants ripped down the three rails set up for the event. Skiers and snowboarders alike entertained the crowds, receiving triumphant cheers from the crowd and the occasional pained groan depending on their run.

The event drew in a real mixed bag of contestants, with a spattering of skiers, snowboarders, Japanese natives, foreign nationals, guys, girls, Niseko locals, seasonal staff and more! When the event first started, it was a bit easier to pick out who was coming to watch, but before long it became impossible to pick out people from the crowd as numbers surged and spectators grew ever more creative with finding a spot to watch the show. Estimates put the crowd numbers at over 1000 and it left viewers packed up against the sides of the rail stage, up along snowbanks, even a few were watching from precarious perches on the tops of their vehicles. 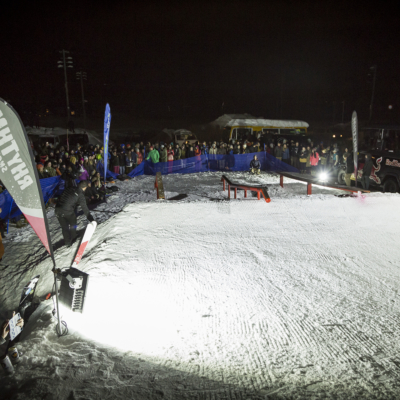 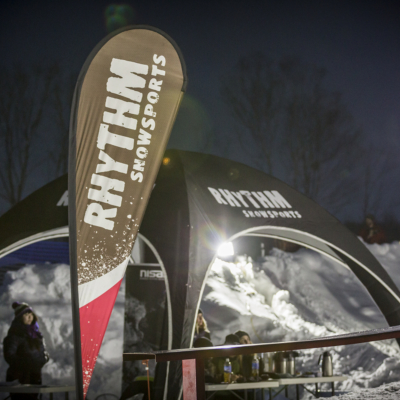 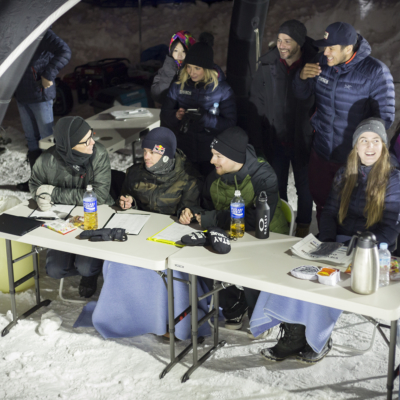 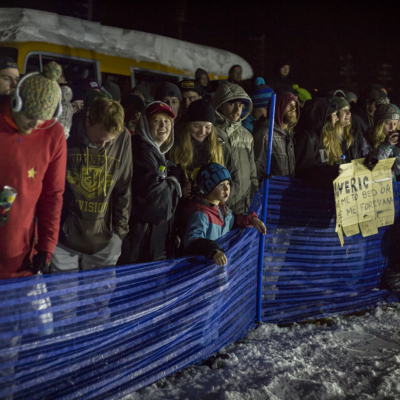 With 24 competitors split into three heats of eight riders each, the competition was pretty fierce. Nitro sponsored riders Markus Keller (Switzerland) and Nils Arvidsson (Sweden) had their work cut out as guest judges, but riders were whittled down from each heat and the final heat featured the best of the best. In the end the top three were all seasonal staff from the Hirafu village area, I guess living here in Niseko they get a lot of practice! 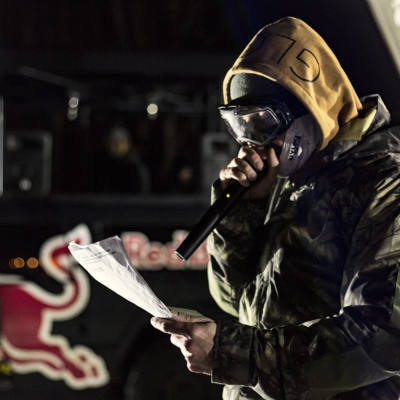 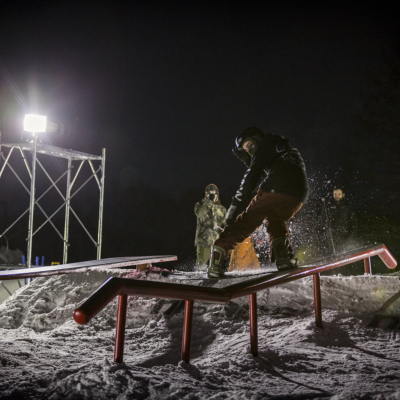 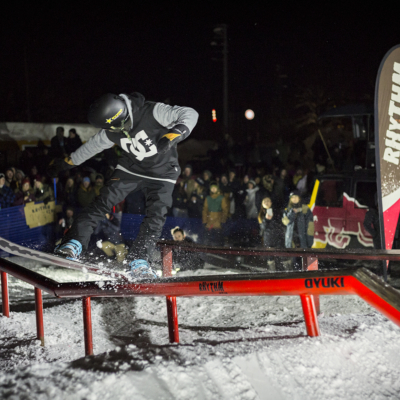 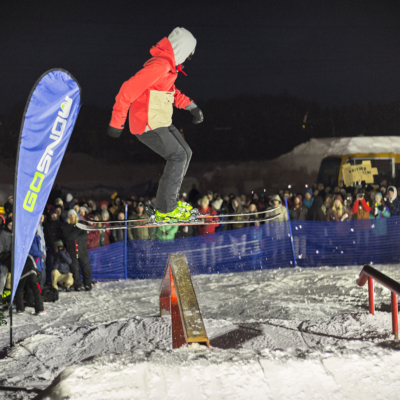 It was a real pleasure watching the event, especially given all of the hard work that went into preparation and organisation. It kept members of the organising teams well into the night each day as they shaped the snow and set the rails for the event.

Special thanks to all of the organising committee and all of the other businesses involved: