Yotei Asparagus is In Season

Hokkaido asparagus is famous throughout Japan, however few people know that the first asparagus grown in Japan were on the foothills the Niseko mountains

"Hokkaido asparagus is something else." This is something you hear often from visitors from other areas of Japan and even overseas. It may not be an exaggeration to say Hokkaido's asparagus, known for its size and succulence, may change your perception of asparagus altogether. The history of asparagus cultivation in Hokkaido dates back to the early 20th century in the Meiji Period, in the town of Iwanai in the greater Niseko area.

The idea of growing asparagus in the area was first proposed by Iwanai-native Shimoda Kikuzo, who was searching for produce that is strong to Hokkaido's cold temperatures and could survive frost. After years of experimenting with different varieties, Shimoda finally succeeded in breeding asparagus on the foothills of the Niseko mountains in the 1920's.

Both green and white asparagus were grown, and quickly gained fame both nationally and overseas. White asparagus grown in Iwanai at the time was even canned and exported to the United States. Eventually, the centre of asparagus cultivation shifted from Iwanai to the town of Kimobetsu to the southeast of Mt Yotei. Even now asparagus is the symbol of Kimobetsu Town and a monument of three asparagus stalks overlook Mt Yotei at Nakayama Pass on the border of Kimobetsu Town and Sapporo. One will seldom see asparagus growing in Iwanai now, however there is a small monument that marks the location where the first stalks of asparagus was grown, and the town mascot "Taramaru" (modeled after cod-fish, a much more famous product of the town now) wields a stalk of asparagus. 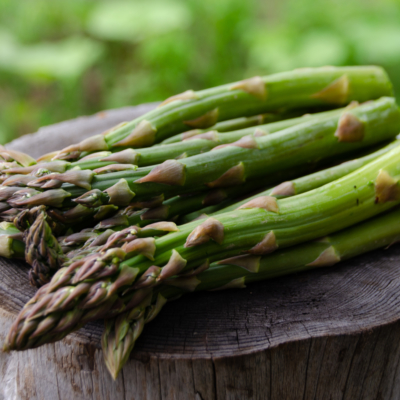 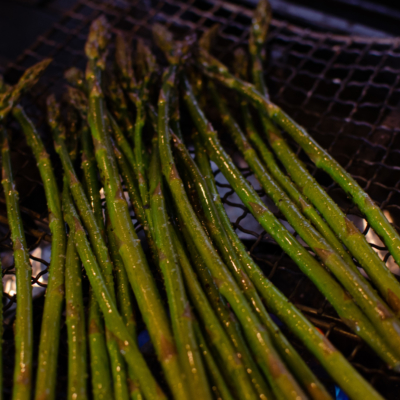 Nowadays you will find asparagus being grown in many other towns surrounding Mount Yotei in early summer. Yotei Asparagus is known for its juiciness and lack of bitterness and is great simply grilled with a bit of salt, seasoned with butter and soy sauce, or dipped in mayonnaise. If you get a chance to visit Niseko in early summer, be sure to try this delightful treat, either at one of the local restaurants or by picking some up at the local supermarket and cooking it at your accommodation!

For information on other local specialties, check out our articles on local tofu made from Mt. Yotei spring water and local potatoes aged for 540 days!

Yuko is a part of domestic marketing team and sharing what's happening in Niseko area mainly by writing articles and news letter. Experience Niseko magazine domestic editor. Born in Kyoto and started her adventure to see different culture when she was a teenager. Moved to Niseko area in 2014, attracted to the green season in Hokkaido. Traveling and art is her lifework. Niseko is one of her favorite places.